HOT The Pharmacy Where the Wolf Howls 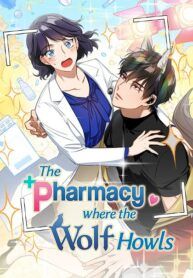 The Pharmacy Where the Wolf Howls

As a teen, Sooji was heartbroken when her favorite idol group LUPUS disbanded, thanks to the traitorous member Jackie quitting. Ten years later, Sooji has become a workaholic pharmacist who just wants a stable, predictable life. But she’s thrown for a loop when she suddenly runs into Jackie–at an animal shelter, of all places! After learning that he plans to return to showbiz, Sooji is enraged and picks a fight with him… starting a deep dive into the untold ups and downs of LUPUS and it members. What really happened behind the scenes to Jackie all those years ago, and can Sooji, now along for the ride, survive his path back to stardom?

We Are Not Friends