NEW The Bad Ending of an Otome 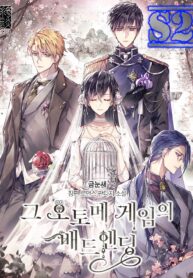 The Bad Ending of an Otome / 그 오토메 게임의 배드엔딩

I was reincarnated into the otome game I played in my previous life.
Ophelia, a heroine as beautiful as a goddess. She was loved by countless nobles.

While Emilia, the character I play, has a supporting role as a villain and she follows the male leads after Ophelia’s death.

I decided to give up on that kind of plot. So I decided to quietly leave the place where I had lived for 10 years on the day of Ophelia’s funeral.
No one expected her to leave, and they were shocked.

They continued to search for her, who had disappeared without a word, but could not find her.
Two years later, a chance encounter leads them to find her.

Into the light once again

666 Years Later, 66666년 만에 환생한 흑마법사, A Black Wizard Reincarnated in 66666 Years, A Love You Can’t Escape, A Spoonful of Your Love, A Symbiotic Relationship Between A Rabbit And A Black Panther, A Villain's Aesthetic, A warlock reincarnated after 66666 years, Black mage reborn after 66666 years, Comics book, Crow Duchess, Drama, Elizabeth, Even Though I’m the Villainess, Fantasy, Hotmanga, I Got A Proposal From A Villain, I Got Married To A Villain, I’ll Be The Matriarch In This Life, I’ll Become the Heroine!, Icy Boy & Tsundere Girl, If You Dare Lay A Hand On My Little Brother, If You Touch My Brother, Lady Scarlet, Manga, Manga Hot, manga new, Manga Trending, Manganew, Manhua, Manhua-s2manga, Manhwa, Manhwa-s2manga, One Fair Lady, Reincarnated Into A Warlock 66, s2manga, Sultry Wedding, The Bad Ending of an Otome, The Dark Magician Transmigrates After 66666 Years, The Man Who Cleans up Makeup, The Princess Pretends to Be Crazy, The Princess Pretends to Be Crazy - s2manga, The Raven Duchess, The Two-Faced Princess, The Villainous Princess Wants to Live in a Cookie House, Under the Oak Tree, Webtoons, Who Made me a Princess, Why She Lives as a Villainess, You're All Dead, You're All Going To Die, 婚色撩人, 宠爱难逃：偏执顾少高冷妻, 그 오토메 게임의 배드엔딩, 까마귀 공작 부인, 내 동 생 건들면 너희는 다 죽은 목숨이다, 두 얼굴의 황녀, 레이디 스칼렛, 악당의 미학, 악역에게 청혼받았습니다, 엘리자베스, 왕녀는 미친 척을 한다, 왕녀는 미친 척을 한다 - s2manga, 원 페어 레이디, 잘못된 결혼을 되돌리는 법