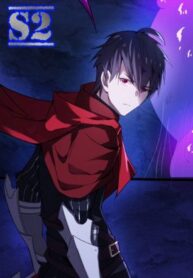 Adapted from a novel of the same name by Bear, “City of Sanctuary”! “Fantasy”-a popular VR game that sweeps the world. Some people found out that they can enter the game through another way, which makes it possible for them to bring the items and skills they obtained in the game back to reality. But at the same time, dying in the game would mean actually dying in real life. Fang Tian has been in the game world for more than ten years. When he returned to reality, The world he knew has completely changed

The Touch of Your Magic