HOT The Night When the Crow Caws 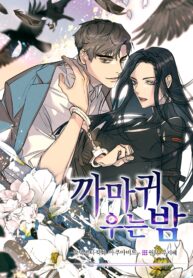 N/A, it has 9 monthly views

You are reading Comic Book Night Crying Crow at S2manga

This woman; who is she?

If something was action, it’d be action. If something was romance, it’d be romance. The A-list actor Cheon Woo Kang, who’s great at every (genre), had his heart stolen away by an unknown woman who’d broken into his house!

Woo Kang contracted an over imaginative illness as he drew the woman, whose name he didn’t even know. In front of Woo Kang, she reappeared as the police officer Park Tae… Could the shadow of the crisis that appeared in front of them be a coincidence?

Manga has no chapter yet.
Show more

The Duke’s Daughter is Going on Strike

Death to the white ferret weasel