NEW I Will ~Not~ Fall For My Contractual Girlfriend 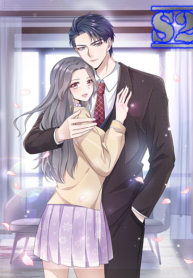 I will not fall in love with my boyfriendThree years ago, Shen Yucheng and Mo Ran were framed into a night of entanglement but failed to remember each other’s face. Shen Yucheng was blackmailed with his photos. For his own benefits, he lied about her being his girlfriend who was going to study overseas for three years. Three years later—pressured with marriage—he found her figure to be very similar to the woman he had a one-night-stand with and signed a contract with her to be a contractual partner. Mo Ran was originally a rich lady, but she was cast out of her family because of a plot and had to resort to taking the roles of movie extras. How would the love life of the romantic CEO and middle-aged background actress develop from this?