HOT Memoir Of The King Of War 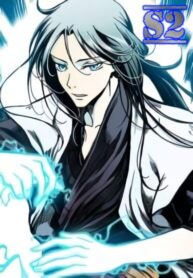 전왕전기 / Memoir Of The God Of War

Memoir Of The King Of War

Summary:Memoir Of The King Of War

Breathing does not guarantee everyone’s alive! Dan Sa Yu, a descendant of Goryeo, greatly reprimands the Central District for the sake of his friend whom he treasures the most. He reigns every battle! No one could stop him! Cheonpo Armed Forces. The greatest martial arts of Goryeo! The legend of Cheonpo Armed Forces lives on while the history of the King of War unfolds!
Memoir Of The God Of War

Father, I Don’t Want to Get Married !

Little husband in my home

The Troubles of Supporting a Femnale Lead

A Spoonful of Your Love, A Symbiotic Relationship Between A Rabbit And A Black Panther, but I Won't Harm You, Comics book, Don’t Touch Me, Drama, Elizabeth, Even Though I’m the Villainess, Fantasy, Hotmanga, I Can No Longer Pretend I Don't See It, I decided not to pretend I don't see it anymore, I'm a Wolf, I'm a Wolf but I Won't Harm You, I’ll Be The Matriarch In This Life, I’ll Become the Heroine!, Lady Scarlet, Manga, Manga Hot, manga new, manga new ✔️ Read Manga |, Manganew, Manhua, Manhua-s2manga, Manhwa, Manhwa-s2manga, Memoir Of The King Of War, s2manga, The Man Who Cleans up Makeup, The Two-Faced Princess, The Tyrant’s Tranquilizer, The Villainous Princess Wants to Live in a Cookie House, Under the Oak Tree, Webtoons, Who Made me a Princess, Why She Lives as a Villainess, Your Highness, 늑대지만 해치지 않아요, 더는 못 본 척하지 않기로 했다, 두 얼굴의 황녀, 레이디 스칼렛, 엘리자베스, 폭군의 신경안정제