NEW How to Get My Husband on My Side 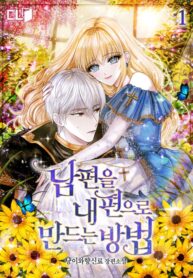 How to Get My Husband on My Side

Summary: How to Get My Husband on My Side/ 남편을 내 편으로 만드는 방법

I became ‘Rudbeckia,’ a supporting character in a fantasy novel, a villainess who dies at the hands of her husband. The world’s most damned father has found me another partner for a political marriage. The problem is, that person is the husband who will kill me! First, I need to find a way to live. I need to appear as harmless as possible to the people of the North and protect my husband’s little sister whom I killed in the original novel. Wouldn’t I be able to save my life if I pretended to be in love with my husband? “I fell in love with you!” So please, spare me!