HOT I’ve Been Here From the Beginning 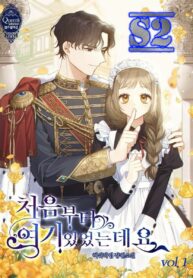 I’ve Been Here From the Beginning

Don’t do it too much.
Poor Maid The next day commented on the pitiful side of the maid that even the author had forgotten.
He took possession of that poor maid, Maria Mayer.
Due to the convergence of its presence to zero, it even acquired the title of ghost.
I still thought I could do my job with sincerity, but people interested in her started appearing.
Even future princes and grand dukes!
“Can’t you feel the presence? What the hell is your identity? ”
With Crown Prince Elias half-concerned and half-wary about Maria’s identity, he wanted to keep her around.
“It doesn’t matter that I don’t remember. In the future, you can be sure that you will not forget me. ”
Archduke Dietrich approached with a smile as if he already knew it even though it was his first time seeing it.
I, I …… I’m just an ordinary maid 1 (Special: Ghost)! *
“Where are you looking?”
A dark shadow slowly appeared behind the man.
“It’s just an afterimage of me.” nice. it was famous.

I Obtained a Mythic Item

A Spoonful of Your Love, A Symbiotic Relationship Between A Rabbit And A Black Panther, but I Won't Harm You, Comics book, Don’t Touch Me, Drama, Elizabeth, Even Though I’m the Villainess, Fantasy, Hotmanga, I Became The Sole Perfumer of A Tyrant, I'm a Wolf, I'm a Wolf but I Won't Harm You, I’ll Be The Matriarch In This Life, I’ll Become the Heroine!, I’ll Protect the 2nd ML’s Love, Lady Scarlet, Let Me Return Home, Manga, Manga Hot, manga new, manga new ✔️ Read Manga |, Manga Trending, Manganew, Manhua, Manhua-s2manga, Manhwa, Manhwa-s2manga, Please Let Me Return Home, Please!, s2manga, The Man Who Cleans up Makeup, The Princess's Double Life, The Two-Faced Princess, The Tyrant’s Tranquilizer, The Villainous Princess Wants to Live in a Cookie House, Under the Oak Tree, Webtoons, Who Made me a Princess, Why She Lives as a Villainess, Your Highness, 공녀님의 이중생활, 늑대지만 해치지 않아요, 두 얼굴의 황녀, 레이디 스칼렛, 서브남의 사랑은 내가 지킨다, 엘리자베스, 집으로 돌려보내 주세요, 폭군의 신경안정제, 폭군의 유일한 조향사가 되었습니다