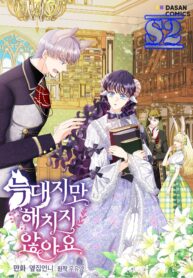 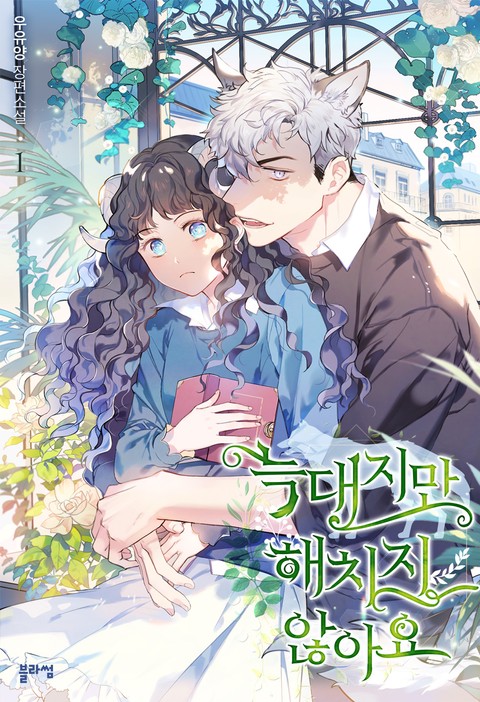 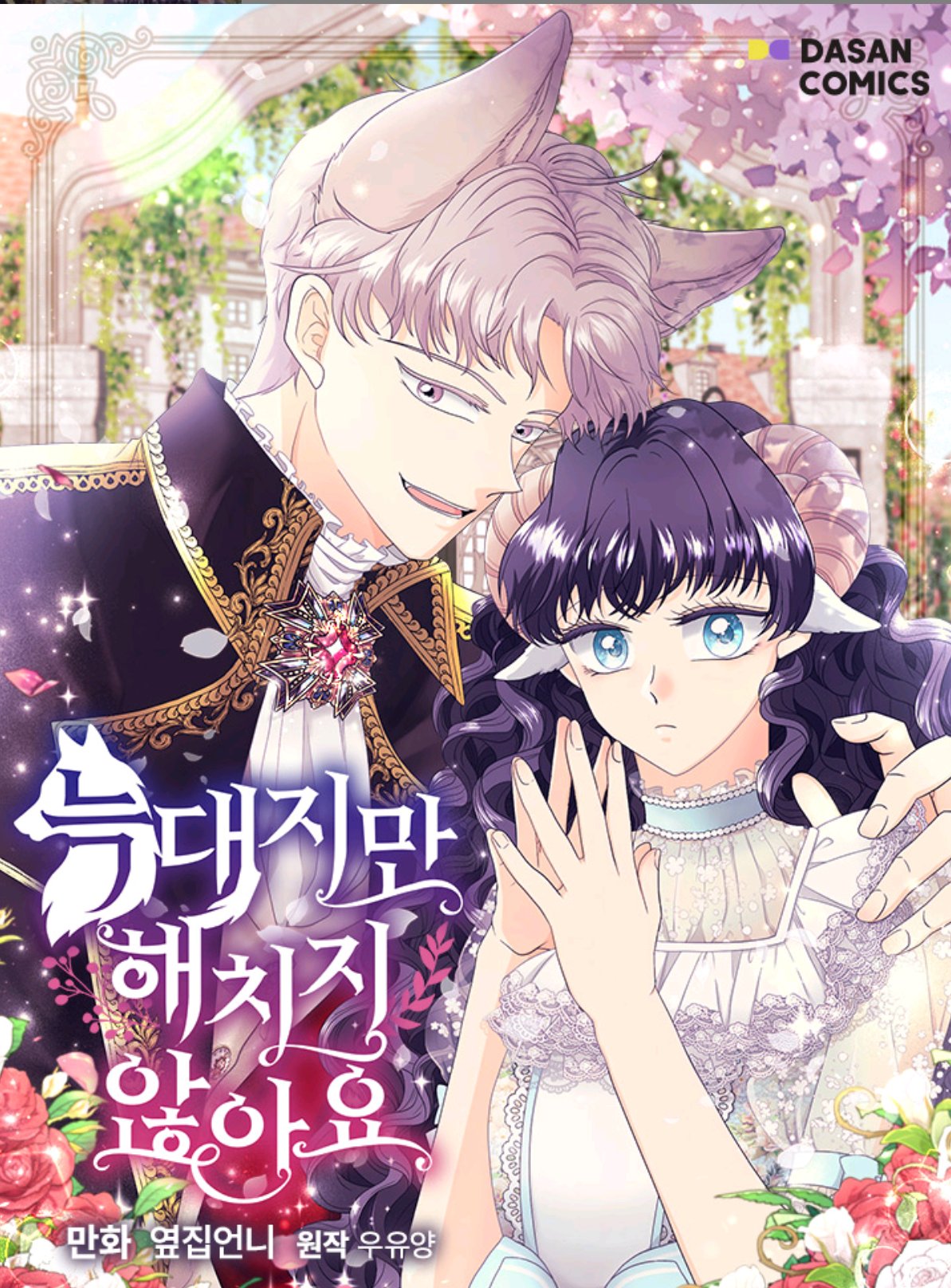 A sheep was born into the political family of lions, the well-known Leopardi Family?! ‘Lucy, your grandmother from the eighth descent was a sheep…’ Lucy has lived a lonely life among her carnivorous blood relatives with no one to lean on. As usual, she begins playing by herself at a social gathering but is suddenly approached by Roman, a wolf with ears pricking through his shiny, silver hair. But one day, Roman’s secret leaves her with a great sense of betrayal! “Hey, I thought you were a dog?! A dog!” Can the two’s fates, which cannot be achieved, be made?

In a passionate relationship

With All Kins, Have No Pity

The Survival Game Of The Villainess

I Will Remove Them From My Life

A Spoonful of Your Love, A Symbiotic Relationship Between A Rabbit And A Black Panther, A Trivial Extra in a Dating Sim, Anata ga Watashi no Zetsubou wo Negaunara, Ashtarte, Baby Hostage’s So Cute, Baby Squirrel Is Good at Everything, Begin with Qinghuan, BetrayaIism Romance, Boundless Necromancer, but I Won't Harm You, Cang Lan Jue, Captain! Is this battlefield here?, Circumstances of Switching Bodies, Clever Cleaning Life Of The Returned Genius Hunter, Comics book, Dancing In The Middle Of The Night, Divorce Me, Divorce Me Husband!, Doctor Resignation, Don't Pick Up What You've Thrown Away, Don’t Pick Up The Trash Once Thrown Away, Don’t pick up the trash you threw away, Don’t Touch Me, Drama, Elizabeth, Even Though I’m the Villainess, Fantasy, Finding Camellia, Flower Is Not Full, Grand Duke, Hawar Of The Winter Garden, Hotmanga, How to Clear a Dating Sim as a Side Character, Hua Kai Wei Man, Husband!, I Am A Daughter Loved By The Devil, I Am Not Healthy, I Didn't Mean to Seduce the Male Lead, I Don't Want to Be an Ojakgyo, I Don't Want to be Loved, I Don’t Want To Be Duke’s Adopted Daughter-in-law, I Have No Health, I Only Came to Find my Dad, I Picked A Hammer To Save The World, I Realized Only After Losing Her, I Tamed the Crazy Marquis, I Went On Strike Because It Was A Time Limit, I Won’t Pick Up The Trash I Threw Away Again, I'm a Princess?, I'm a Wolf, I'm a Wolf but I Won't Harm You, I’ll Be The Matriarch In This Life, I’ll Become the Heroine!, I’m the Main Character’s Child, Idiot Abella, If You Remove the Kind Protagonist’s Mask, If You Take Off the Mask of a Sweet Male Lead, If You Wish for My Despair, Ilhgo Naseoya Ggaedar'assda, It all starts with playing game seriously, It Was Just a Contract Marriage, It’s My Destiny To Be The Hero’s Saviour, Lady Scarlet, Love Between Fairy and Devil, Manga, Manga Hot, manga new, Manga Trending, Manganew, Manhua, Manhua-s2manga, Manhwa, Manhwa-s2manga, Marronnier Farm Near By The Imperial Palace, Mokrin, My Sweet Psycho, Only Realized After Losing You, Onsaemiro, Please Be Patient, Please Support Revenge, Princess Herself Is the Queen of Broken Hearts, Princess’s Doll Shop, Qing Huan Preface, Qing Huan Xu, Reborn Tyrannical Slag: Pampering the Iceberg President, Revenge After Respawn: Spoil the Iceburg, Romance In Seorabeol, Romance in the Capital City, Romantic Pitch, ROYAL MARRIAGE, s2manga, s2manga-Trending, Seorabeol Romance, SSS Class Painter Summoner, SSS-Class Painting Summoner, SSS-Rank Artist Summoner, SSS급 그림쟁이 소환사, Starting from Today, Starting from Today I'm a Princess?, Sweet Psycho, Sword Sheath’s Child, Talented baby squirrel, Talented baby squirrel-s2manga, The Ending I Want to Change it, The Family Doctor Is Gonna Resign Since She Is Already Done With Everything, The Half-Open Flower, The Kind Older Sister Is No More, The Legend of Qinghuan, The Man Who Cleans up Makeup, The Princess' Doll Shop, The Reason Why Ophelia Can’t Get Away From The Duke, The Sequence of Clearness and Pleasure, The Two-Faced Princess, The Villain's Little Sponsor, The villain’s young backer, The Villainess is Worshipped, The Villainess Is Worshipped by the Family, The Villainess Is Worshipped By The Mafia?, The Villainous Princess Wants to Live in a Cookie House, The Young Supporter of Darkness, There Is Magic in the Winter of Nordfield, There Were Times When I Wished You Were Dead, This Wish Is Cancelled, This Wolf Won’t Bite, To Hell With Being A Saint I’m A Doctor, To You Who Desire My Despair, To You Who Wish For My Despair, Treacherous Romance, Trending-s2manga, TVNT, Under the Oak Tree, Webtoons, When A Saint Who Lost Her Virginitiy Touches Love, Who Made me a Princess, Why She Lives as a Villainess, Your Highness, あなたが私の絶望を願うなら, 계약 결혼일 뿐이었다, 나의 절망을 바라는 당신에게, 늑대지만 해치지 않아요, 두 얼굴의 황녀, 레이디 스칼렛, 엘리자베스