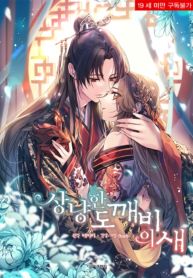 “Won’t you become a Goblin’s bride?”

In Yang-an, the capital of the Shun Dynasty Empire, there are rumors of a Goddess who sings a song that grants your wishes in your dreams if you visit a certain pharmacy. To confirm this, Sa Heonyoung, who disguises his status as a member of the royal family, goes to find the Goddess of the rumors. After listening to her song, he yearns for her, as if he is suffering from an illness….

A man who must kill his own identity under a goblin’s mask; and a woman who has no name or a lover, and lives only for the revenge in her mother’s will. A mournful love story between a man and a woman who are the only ones who can fully understand each other.

An One On One, Your Highness