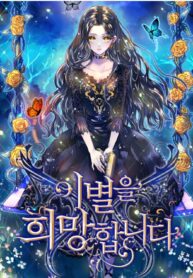 Story content Wish to Say Farewell I died in an accident while I was chased by debt collectors.

Then I transmigrated into the book The Fairy’s Garden, but why did I have to possess the villainess?!

Aine le Peregrine, an infamous femme fatale was the villainess. Besides harassing the heroine, she also has a peculiar hobby of collecting beautiful men. But in the end, she died at the hands of the men she collected…

Alright! Starting today, my goal is to say farewell.