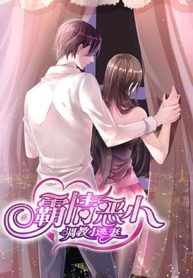 “Don’t touch our mom!” Two children, a boy and a girl, block the demon boss outside. The woman he has his eyes on was not only claimed by someone else first, but also has two kids! “Heart robber, get out here!” Facing the crazy roars of the king is the very pure and innocent yet sexy mother…X years ago, she was violated against her will, is that her fault? C’mon you perverted and possessive madman, she’s a victim too! Huh? Why does this boy look like my own son? Could it be…“I spent a night with a stranger by mistake on the hotel side. He mistook him for a boyfriend under the influence of alcohol, but he was a stranger. I tried to clean forget about the day and start over with my boyfriend … but now after some time, I broke up with my boyfriend and had a beautiful twin mother. After a challenge, I was chosen to be the secretary of a large company chairman! However, Chairman Lee is quite familiar! ”Source to collect images: https://mangahub.io

I Only Treat Villains

Secret Wardrobe Of The Duchess

The Duke of the Mount Deer