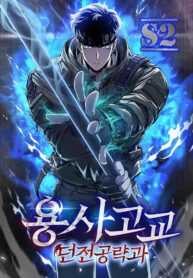 An Earth in the 21st century that has fused with another world. An era of “dungeons” teeming with monsters and the “adventurers” that raid them.

Also, the most elite educational facility in South Korea that fosters these adventurers: “Warrior High School.”

Although he was once considered the greatest adventurers in Asia, he has been accused with false chargers and, while dungeon smuggling in order to pay for his sick father’s medical treatments, Yoo Jaryong comes across one teen.

“You there, get in Warrior High School.”

This is a story about a young man who’s lost his dream, hiding his identity, finding himself once again.

I Am My Wife

The Grand Duchess of the North Was Secretly a Villainess

Only the Chairman’s Figure is Different