NEW Vengeance from a Saint Full of Wounds 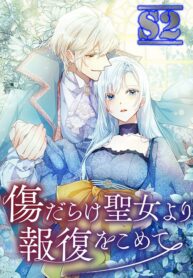 Vengeance from a Saint Full of Wounds

Lua, was a candidate for a Saint with the power to heal, however, there was a flaw in her ability, since she transferred the symptoms to herself to be able to heal them, that way treating someone meant that in return she experienced pain and suffering. The Saint candidates treated her as flawed, but her best friend Arian was the only one who always protected her. One day, Garrot, the leader of the Knights, whom Lua was in love with, was on the verge of death after being injured, so Lua decides to heal his wounds completely, but after doing so she ends up wandering between life and death at the limit of her powers. Finally when Lua wakes up, she realizes that all the credit had gone to Arian as if she had saved Garrot, and they inform her that these two are already celebrating their engagement. After witnessing Arian’s true nature, Lua goes to see Garrot and he treats her coldly as well. Desperate, Lua swore never to heal anyone again, then the second prince, Suwen appears in front of her and asks: “Wouldn’t you like to take revenge on those who humiliated you?” This way, using her other hidden ability, which was the ability to inflict the symptoms she had already cured on others, Lua joins forces with Suwen to start a new life as a “Villain” instead of a “Saint”.

The Maid Wants to Quit Within the Reverse Harem Game