NEW There Were Times When I Wished You Were Dead 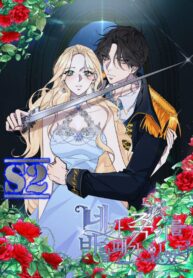 There Were Times When I Wished You Were Dead

The Emperor of Croisen hated Empress Yvonne. Enough that he’d wish for her to disappear three times a day.
I don’t like the face of someone who looks just like the Duke of Delois, my enemy, but no matter how much I insulted her, her indifferent and aloof character stayed the same, which made me feel even more terrible.
I didn’t care whether or not she disappears or dies. I was fine with anything as long as I didn’t see her face.
The wish came true.
When he no longer wished for it to happen.

The Demon and the Bloodstained Dark Jade

I Am A Supreme Son In Law

A Spoonful of Your Love, A Symbiotic Relationship Between A Rabbit And A Black Panther, but I Won't Harm You, Comics book, Don’t Touch Me, Drama, Elizabeth, Even Though I’m the Villainess, Fantasy, Hotmanga, How to Be a Dark Hero’s Daughter, I Became The Sole Perfumer of A Tyrant, I don't believe in twin sisters, I'm a Wolf, I'm a Wolf but I Won't Harm You, I’ll Be The Matriarch In This Life, I’ll Become the Heroine!, I’ll Protect the 2nd ML’s Love, Lady Scarlet, Manga, Manga Hot, manga new, manga new ✔️ Read Manga |, Manga Trending, Manganew, Manhua, Manhua-s2manga, Manhwa, Manhwa-s2manga, Princess’s Doll Shop, Pure White Elizabeth, s2manga, Snow White Elizabeth, The Man Who Cleans up Makeup, The Princess' Doll Shop, The Princess' Jewelry Box, The Two-Faced Princess, The Tyrant’s Tranquilizer, The Villainous Princess Wants to Live in a Cookie House, There Were Times When I Wished You Were Dead, Under the Oak Tree, Webtoons, Who Made me a Princess, Why She Lives as a Villainess, Your Highness, 네가 죽기를 바랄 때가 있었다, 늑대지만 해치지 않아요, 다크 히어로의 딸이 되는 법, 두 얼굴의 황녀, 레이디 스칼렛, 서브남의 사랑은 내가 지킨다, 순백의 엘리사벳, 쌍둥이 언니는 믿지 않아요, 엘리자베스, 폭군의 신경안정제, 폭군의 유일한 조향사가 되었습니다, 황녀님의 인형가게, 황녀의 보석함