NEW There was a Hero 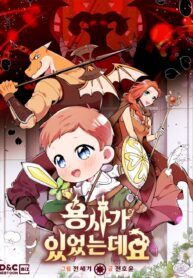 There was a Hero

You want me to become the hero’s experience points and loot??? With pleasure!!! A hero who bravely ventures forth to defeat evil, and a monster (named El) whose sole life goal is to be killed by said hero…is finally confronted by the hero’s party after dreaming about a comfortable afterlife for so long! But… The hero is way too weak! Everyone except one was wiped out by El’s attack. When his dreams of happily retiring in the afterlife are about to be shattered, Laphie from the hero’s party says out of desperation: “I’m with child!!!” El comes to a realization spurred by Laphie’s statement: “if the hero who was supposed to kill me isn’t here… then I’ll raise one myself!” Now, with El (the Lieutenant-General of the demon army who knows nothing about raising a child), Laphie (the inexperienced mother), and Dino (the cutest baby hero), their “ordinary,” child-raising fantasy story unfolds! Here comes the world’s most unpredictable family!

Beauty and the Beasts

Trapped with the CEO