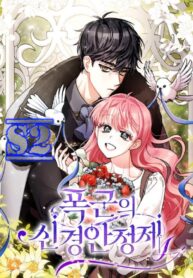 Amelie Bourbon was a witch and a woman killed by the tyrant. Just because I criticized a novel doesn’t mean you have to make me into the supporting character Amelie, who died from the start, becoming the trauma and trigger of the heroine. I’m scared. I don’t want to die. I don’t want to be harassed. Lets run away! But just when Amelie visited her family to inform them of her departure, the Emperor (the tyrant) arrived. In order to escape, I transformed into a bird by magic. But the Emperor took me with him!!! What’s going to happen to me?! Source:

Secrets of the Night Clan

A Spoonful of Your Love, A Symbiotic Relationship Between A Rabbit And A Black Panther, but I Won't Harm You, Comics book, Don’t Touch Me, Drama, Elizabeth, Even Though I’m the Villainess, Fantasy, Hotmanga, I'm a Wolf, I'm a Wolf but I Won't Harm You, I’ll Be The Matriarch In This Life, I’ll Become the Heroine!, Lady Scarlet, Manga, Manga Hot, manga new, manga new ✔️ Read Manga |, Manga Trending, Manganew, Manhua, Manhua-s2manga, Manhwa, Manhwa-s2manga, s2manga, The Man Who Cleans up Makeup, The Two-Faced Princess, The Tyrant’s Tranquilizer, The Villainous Princess Wants to Live in a Cookie House, Under the Oak Tree, Webtoons, Who Made me a Princess, Why She Lives as a Villainess, Your Highness, 늑대지만 해치지 않아요, 두 얼굴의 황녀, 레이디 스칼렛, 엘리자베스, 폭군의 신경안정제