NEW The Tainted Half 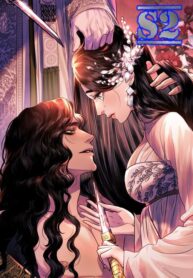 Summary: The Tainted Half / 반쪽

Two brothers. One concubine. Seolha’s face was disfigured by her mother, who sought to deny the emperor his prize: the most beautiful concubine in the world. Now forced to endure a lifetime of abuse, Seolha can only pin her hopes on Muon, the emperor’s twin brother. But is he really someone she can trust?

I’m Villainess But So Popular

How to Get My Husband on My Side

Disguised As A Male Secretary