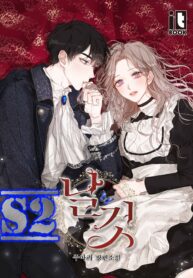 The Reason Why Ophelia Can’t Get Away From The Duke

Ophelia became part of the Duke’s Family through her mom’s divorce.
However, her mother and stepfather died in a carriage accident. Late at night, at the end of the funeral, Ophelia was unable to escape from the duchy because of her stepbrother, Alexander.
The two slowly grew closer and became attracted to one another, but one day, an investigator comes in to say some shocking things…