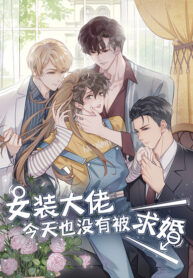 The Male Crossdresser Didn’t Get Proposed Average 3.9 / 5 out of 19

The Male Crossdresser Didn’t Get Proposed

Jinchuan was bound to an otome game when he was about to die. In order to survive, he has to dress as a woman and have a foot in three boats, fall in love with his straight boss he doesn’t like, his first love who he got the the gender wrong and date his older brother who hates him. During the difficult choice between the crossdresser’s truth and the man’s virginity, Jinchuan gradually realised that these men’s feelings towards him are not just as simple as game tasks.

Bodyguard of the Goddess