HOT The Goddess of Healing 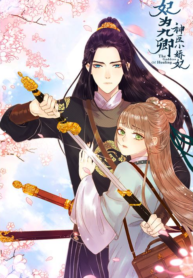 The Goddess of Healing

Su JiuQing is the daughter of the first wife of a government official, but her life is anything but pampered. Her father is cruel, her aunt is a hypocrite, and her little white lotus half-sister harbors sinister intentions towards her.

In the past, she was forced to fight for her husband, despite her worsening reputation, and this conflict ultimately led to the scheme that took away her life.

But, her life would not end there. After her death, she awakens again in the body of her younger self. With her silver needles and knowledge of the future as her strength, she runs towards the young general and gets married, determined to change her fate.

A story of rebirth, inner house struggles and a counterattack from heaven; follow JiuQing on her journey to climb the twisting ladders of the social hierarchy.

I Will Remove Them From My Life