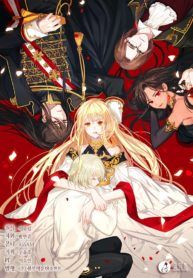 You are reading Comic Book The Emperor’s Companion at S2manga

Story content  The Emperor’s Companion   After making a deal with God, she is reincarnated into a new world fully ready to dedicate her life to her younger sibling. However, things aren’t so simple when she attracts the attention of the Emperor. Can’t a girl just look after her sibling with no man?