NEW The Book of Lagier 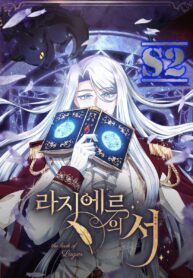 The Book of Lagier

The great Demon King, Embilden, was the first to unite the demon world. One day, a human dared summon the Demon King. It was the greedy and fat, Prince Lagier Lou Jerlayla Rodwill! However, while summoning the Demon King, he had made a mistake in the process, which caused his death. Lagier’s body is forcefully frozen because of the contract he had made with the Demon King… “Well, I might as well just grant him his wish.” The Demon King decides to become Lagier and grant the wish the Prince had before he was frozen to death. Until the day the kingdom of Jerlayla rules the world with power unmatched by anyone! This is the start of a new legend……! “I should start by

Actually, I Was the Real One

If You Touch My Little Brother, You’re All Dead

My Brothers Dote on Me

Comics book, Divorce Me, Divorce Me Husband!, Elizabeth, Even Though I’m the Villainess, Fantasy, Finding Camellia, Flower Is Not Full, Grand Duke, Hotmanga, Hua Kai Wei Man, Husband!, I Am Not Healthy, I Didn't Mean to Seduce the Male Lead, I Have No Health, I Only Came to Find my Dad, I'm a Princess?, I’ll Be The Matriarch In This Life, Idiot Abella, It all starts with playing game seriously, Manga Hot, manga new, Manga Trending, Manganew, Manhwa-s2manga, Please Be Patient, Princess’s Doll Shop, s2manga, s2manga-Trending, Starting from Today, Starting from Today I'm a Princess?, Sword Sheath’s Child, The Half-Open Flower, The Princess' Doll Shop, The Reason Why Ophelia Can’t Get Away From The Duke, There Were Times When I Wished You Were Dead, This Wish Is Cancelled, Trending-s2manga, TVNT, Under the Oak Tree, Why Ophelia Can't Leave the Duke's Family, Why She Lives as a Villainess, 남편님!, 니웨 작가님 / Hampig 작가님, 단청, 라지에르의 서, 레이디 스칼렛, 레이지피스, 백치 아벨라, 솔티, 아빠만 찾으려고 했는데, 오늘부터 황녀?!, 오필리어가 공작가를 벗어나지 못하는 이유, 이 소원을 취소, 이혼해주세요, 참아주세요, 칼집의 아이, 황녀님의 인형가게