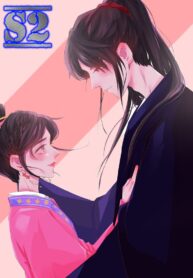 Sugarcoated Black Dragon Average 3 / 5 out of 3

Ming Nuan, the second young miss of the Ming family, had been secretly admiring general Pei Shao for a long time. When the general came back from war, she was informed that the general was about to marry her elder sister, Ming Qing. Distressed, the girl hid her admiration for him, but the general’s behavior made her even more enraged. This is a “My crush wants to marry my sister?! What should I do?” kind of story.

I Was Sealed 900 Million Times