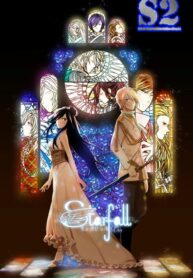 He was born the son of a king, but chose to walk a path that is paved with hardships and struggles. She was born with a flaw that makes her shunned by society. Due to an accidental meeting, a new relationship is beginning to form. Little did they know about the troubles they would face due to their different backgrounds. But, as long as they are together they can face anything that comes their way. “A fancy victory or the glory of the victor isn’t important. Since we swore to be together even till death.” * The elected manhwa of 2015 manhwa scout by SBA-Seoul culture office-KAKAO.

The Princess Doesn’t Want To Marry Her Ideal Type

The Flower Dance and the Wind Song

I’m Villainess But So Popular