HOT Return of the Mad Demon 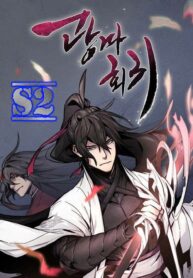 Return of the Mad Demon

Summary:Return of the Mad Demon

Return of the Mad Demon is a Manga/Manhwa/Manhua in (English/Raw) language, Manhwa series is written by Updating This Comic is About
A man who’s crazy about martial arts, the Mad Demon Lee JaHa. After stealing the Demonic Cult Leader’s Heavenly Jade, he fell down a cliff while being pursued. After thinking everything was over, he opened his eyes, having returned back to a time he was an inn helper who was looked down on by everyone… He had been falsely accused and the inn was in ruins. The Mad Demon who returned to being an inn help. Will he go mad once again? Or will his enemies go mad instead?

Kill Me Next Time

A Spoonful of Your Love, A Symbiotic Relationship Between A Rabbit And A Black Panther, but I Won't Harm You, Comics book, Don’t Touch Me, Drama, Elizabeth, Even Though I’m the Villainess, Fantasy, Hotmanga, I Can No Longer Pretend I Don't See It, I decided not to pretend I don't see it anymore, I'm a Wolf, I'm a Wolf but I Won't Harm You, I’ll Be The Matriarch In This Life, I’ll Become the Heroine!, Lady Scarlet, Manga, Manga Hot, manga new, manga new ✔️ Read Manga |, Manganew, Manhua, Manhua-s2manga, Manhwa, Manhwa-s2manga, Return of the Mad Demon, s2manga, The Man Who Cleans up Makeup, The Two-Faced Princess, The Tyrant’s Tranquilizer, The Villainous Princess Wants to Live in a Cookie House, Under the Oak Tree, Webtoons, Who Made me a Princess, Why She Lives as a Villainess, Your Highness, 늑대지만 해치지 않아요, 더는 못 본 척하지 않기로 했다, 두 얼굴의 황녀, 레이디 스칼렛, 엘리자베스, 폭군의 신경안정제