HOT Regina Rena – To the Unforgiven 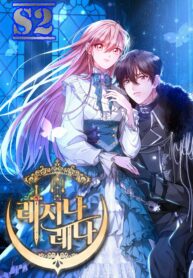 Regina Rena – To the Unforgiven

“I’ll give you a chance. A chance to be forgiven.” The father sold his daughter. And the daughter returned from hell. In an empire with a diversity of the living and the dead, the young Rena Rubel was destined to die as a sacrifice for her father. But six years later, the girl who everyone thought had died, came back to life. Taking off the mask of a little lamb, and becoming a lion.

I Gave Birth to the Tyrant’s Child