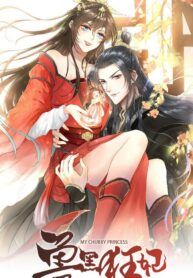 English- The 21st Century genius Doctor and Assassin, Suddenly transmigrated into the Third Miss of Duke Residence, but became the infamous ugly and fat cripple? Unbeknownst to all, when her cold eyes open, ten thousands beats submit to her. She steps upon the evil woman and bastard man. She transform into a top ranked summoner and fight everyone in her way whether they are god or devil! As she has fun dealing with the bastards and losing weight, She didn’t know that she messed with a two-faced imperial uncle: “Imperial wife is as pretty as a fairy, you guys must keep watch of her closely. All those who comes up to her must be killed!” “Save me! Can I request to return this type of handsome but blinded and clingy husband?

My Brother’s Body Is Too Useful!

The Goal is to be Self-made