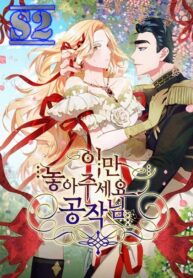 The fiancee who disappeared five years ago appeared with a child.
“This child, is it my child?”
“We are no longer in a relationship.”
But somehow, her fiancee rejected him, and he was frustrated because he didn’t know, but it didn’t matter.
“There is plenty of time. So take it slow.”
“… … .”
“There was no other woman but you in my life, in the past, now and in the future .” It was meant to seduce him again and make him fall in love with him.

She returned after five years of leaving the royal castle. She took his child. “Do you not love me anymore?”
“Yeah. I do not love you.”
“… … lie.” As she tried to kill her, she hated this man for her brazen approach, pretending to know nothing of her.
“I am not impulsive now. It’s not about burning the atmosphere.”
“… … .”
“I love you. a lot.” But why does the heart start beating again in front of it, resentful?

Disobey the Duke if You Dare

Back to the Tang Dynasty: The Chubby Beauty