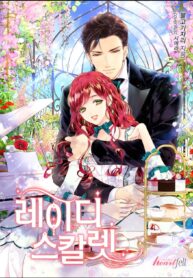 Scarlet Marica is the eldest daughter of the bankrupt Baron Marica. She decides to go to the capital with the ambition of becoming the most recognized piano teacher. 3 years later, Scarlet fell in love with Edward Hart instead of pursuing her dream. She thought that she would get married in the future. But then she found out that her lover had a fiancée all along! Eventually, the richest man of the empire and the notorious marquis, Kellan Black approached her. “I have a lot of debt to pay him back. Lady Scarlet, would you like to take revenge on him?”

D-List Actress On The Rise

A Spoonful of Your Love

Life of a War Emperor After Retirement

A Symbiotic Relationship Between A Rabbit And A Black Panther, Comics book, Drama, Even Though I’m the Villainess, Fantasy, Hotmanga, I’ll Be The Matriarch In This Life, I’ll Become the Heroine!, Lady Scarlet, Manga, Manga Hot, manga new, Manga Trending, Manganew, Manhua, Manhua-s2manga, Manhwa, Manhwa-s2manga, s2manga, The Villainous Princess Wants to Live in a Cookie House, Under the Oak Tree, Webtoons, Who Made me a Princess, Why She Lives as a Villainess, 레이디 스칼렛