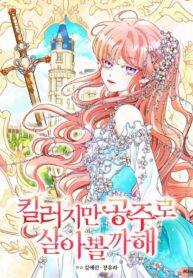 How to Survive Sleeping With the Emperor

The Boy Out Of My Reach

My Goodness, Your Majesty