NEW I Will Change The Genre 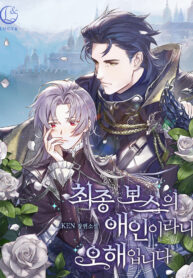 I Will Make an Effort to Change the Genre , 장르를 바꿔보도록 하겠습니다

I Will Change The Genre

Summary: I Will Make an Effort to Change the Genre , 장르를 바꿔보도록 하겠습니다

I entered the world of my favorite novel and genre through someone else’s body. Of course, out of all the characters, I just had to enter the body of the protagonist’s aunt, the woman who abused her nephew, the selfish villainess. According to the original storyline, in any case, my nephew was expected to leave my side soon. Compassion for him grew, so I put my most sincere effort into tending for him until the day we parted- “I realize it is rude in asking since you have been taking care of Luca until now, but may I take Luca to Winterwald with me?” There’s no way that won’t happen! I mean, I suppose I could’ve rushed to send him off and then live comfortably, but unexpectedly, my nephew wrapped his arms around my waist and shouted. “M-mom!” How did I become his mom all of a sudden?