NEW I Tamed the Crazy Marquis 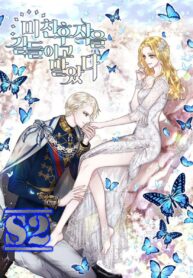 I Tamed the Crazy Marquis

(MTL) In the dark between the House of Dikes and the Lomanik Imperial Family, the third emperor, Heizen, took advantage of Escal. And the stories hidden in the appearance of Laraloire, who shakes him, were revealed one by one. Two men with the same wounds fall in love with Laraloire, who has the opposite light, and the pouting love attacks of two men who don’t know much about love bring about a big change.

I Raised an Obsessive Servant

I was born as a second daughter