NEW I Picked Up the Second Male Lead After the Ending 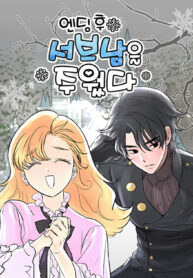 I Picked Up the Second Male Lead After the Ending

I transmigrated inside the novel of my favorite character, the second male lead.

A tsundere who listens to all the words of the female lead while grunting, with a straight forward personality, and a handsome face.

Matching all my preferences, he was even single after the ending.

However, I overlooked one thing…

The tsundere, who had been abandoned by the female lead blackened, and had become a terrifying man!

…I, Is it safe for me to pick up the second male lead?

No Longer A Heroine!