NEW I Met the Male Lead in Prison 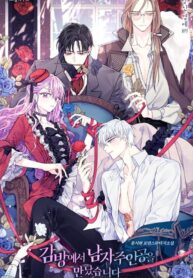 I Met the Male Lead in Prison

One day, I opened my eyes and found myself in… prison?! That’s right. Out of all the characters I could’ve reincarnated into, I woke up inside a 19+ rated romance novel as the villain’s younger sister. To make things even worse, I was locked up inside the infamous Kambrakam Prison for my brother’s crimes. Deep within the very same prison lies Henrich Doran von Hel, who’s rumored to be suffering from a curse that turns him into a beast. In the original novel, he’s supposed to meet the female lead and spend an erotic night with her here in prison… but of course, the plot’s gone awry thanks to my existence. What kind of future lies in store for me now that I’ve gotten myself tangled up between the novel’s greatest villain and its male lead?!

Elixir of the Sun

I’m a Villainess, Can I Die?