NEW I Gave Birth to the Villain’s Child 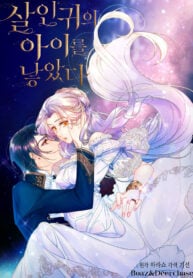 Read Manhua on S2Manga I Have A Child Of The Villain

About I Gave Birth to the Villain’s Child : Karinne, the daughter of Viscount Tyrian, is on the verge of getting sold off as one of the lustful Count Dupo’s concubines. After sleeping with a mysterious handsome stranger, Karinne gives birth to her son… all according to plan! After deeming his daughter worthless, he sells her off as a maid to the Grand Duchy. Losing the will to live she proceeds forward only to reunite with the man who she spent that fateful night with, the Grand Duke.

I Gave Birth to a Villain’s Child

I Gave Birth to a Murderer’s Child

I Raised the Son of a Murderer

I Have a Mansion In The Post-Apocalyptic World