I Didn’t Mean to Seduce the Male Lead 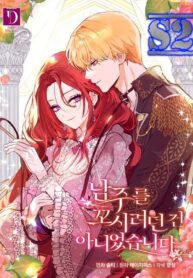 I Didn’t Mean to Seduce the Male Lead

A baroness who lost her husband at an early age. He was possessed by “Elenoy Marice.” But my portion in the original is only four! After all the hard work of cutting the bones, Now he’s a decent socialite. A sweet offer given one day to such Eleanor. Tell Nam Joo about women, and follow the original novel. If I were to go around with her, what would happen to me? So I head to Lean’s house with a partial heart. “Your problem is… “I’m saying that I had a crush on you that night.” I was just trying to crawl! I don’t want Melennore to be the scandal maker of the Empire. It’s a heart-throbbing story! *Papago Tled, will be properly tled later

Search for series of same genre(s)  Starting from Today, I’m a Princess?