NEW I became the sister in law of my ex fiance 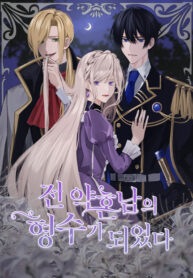 I became the sister in law of my ex fiance

She is Princess Sofia. Her fiancé Prince Reynard (2nd), and her best friend Bellatrix collaborated to murder her and her family.
She returns two years ago and has a chance for revenge.
The only person who can help Sophia is Reynard’s brother, Alexis. People call him – “Hero of Misfortune”. He also lost his life to his brother’s plot.
… I was thinking…
“Still alive!”
Sophia tries to save Alexis and stop Reynard’s ambitions.
Her revenge begins by changing her fiancé.

The Wonderful Colors of the Lipsticks