HOT I Am a Child of This House 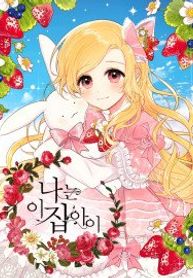 I Belong to House Castielo

I Am a Child of This House

“Pink Eyes,” a young girl, has lived a life filled with battery and abuse by her mother, but she has two unexpected factors that may play a role in her life: first, she has gained memories of her previous life as Seo Young, a 23 year-old Korean woman, and second, she is a nobleman’s illegitimate daughter.

One day, her prostitute mother takes her to the empire’s sole Duke and claims that the girl is his child to gain alimony from him. Although he seems to not believe her, he nevertheless buys “Pink Eyes” for 20,000 gold. With that, her new life as “Estelle” starts.