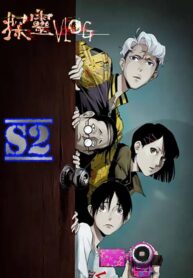 Rong Xiaoqiang is a photographer of a vlog team that specializes in shooting haunted events. The team is nameless and creates gimmicks through fraud. However, he got a DV player that could shoot ghosts, and what was captured in the viewfinder became treacherous and dangerous that ordinary people could not imagine. This camera has brought huge traffic to vlog, and the desire for money and popularity, the team members ignored the danger, followed the evil spirit’s grave, and went all the way to death, every shooting became more and more dangerous.

I Want to Be You, Just For A Day

I’m More Dangerous Than You