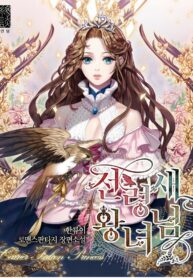 Zelle, the eighth royal princess of Roymonde, who was driven to the brink of defeat in the war. She was kidnapped by the enemy, and when she woke up… She became a bird?! Fortunately or unfortunately, as the messenger bird of Commander-in-Chief, Valhayle! She struggles for her country even though she is in a bird’s body. But you can’t even do as much as treat me like a bird!! “Gweeckkk!”

Serch for series of same genre(s)