HOT Because There Is No Mr. Park 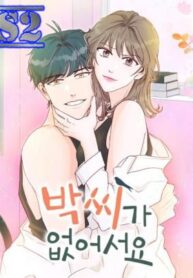 While on the way to work, Yuji Shin saw a swallow lying weakly on the road.
I hate bothersome things, but I can’t ignore the injured swallow.
I heal the wounds and take care of the swallow. However, the reality is that I am a college student who is already tight on money to take care of myself, so I will soon return the swallow…
“Don’t forget Mr. Park when you come again…”
The swallow, who just flew to the mountain spirit, asks for Mr. Park so that he can repay his grace, but the time is already in the 21st century.
Mr. Park, who will repay his favor, is gone.
“Then what should I do…?”
“What about Mr. Park, just get rid of it with the body!!”
Will the swallow be able to safely return the grace to Yuji?
A project to repay the full-fledged grace of the Swallows who came to fill them with their bodies because Mr. Park wasn’t there!

Romance in The Old Bookstore