NEW Aren’t You Supposedly a Woman Disguised as a Man?! 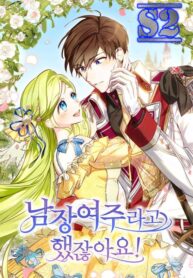 Aren’t You Supposedly a Woman Disguised as a Man?! 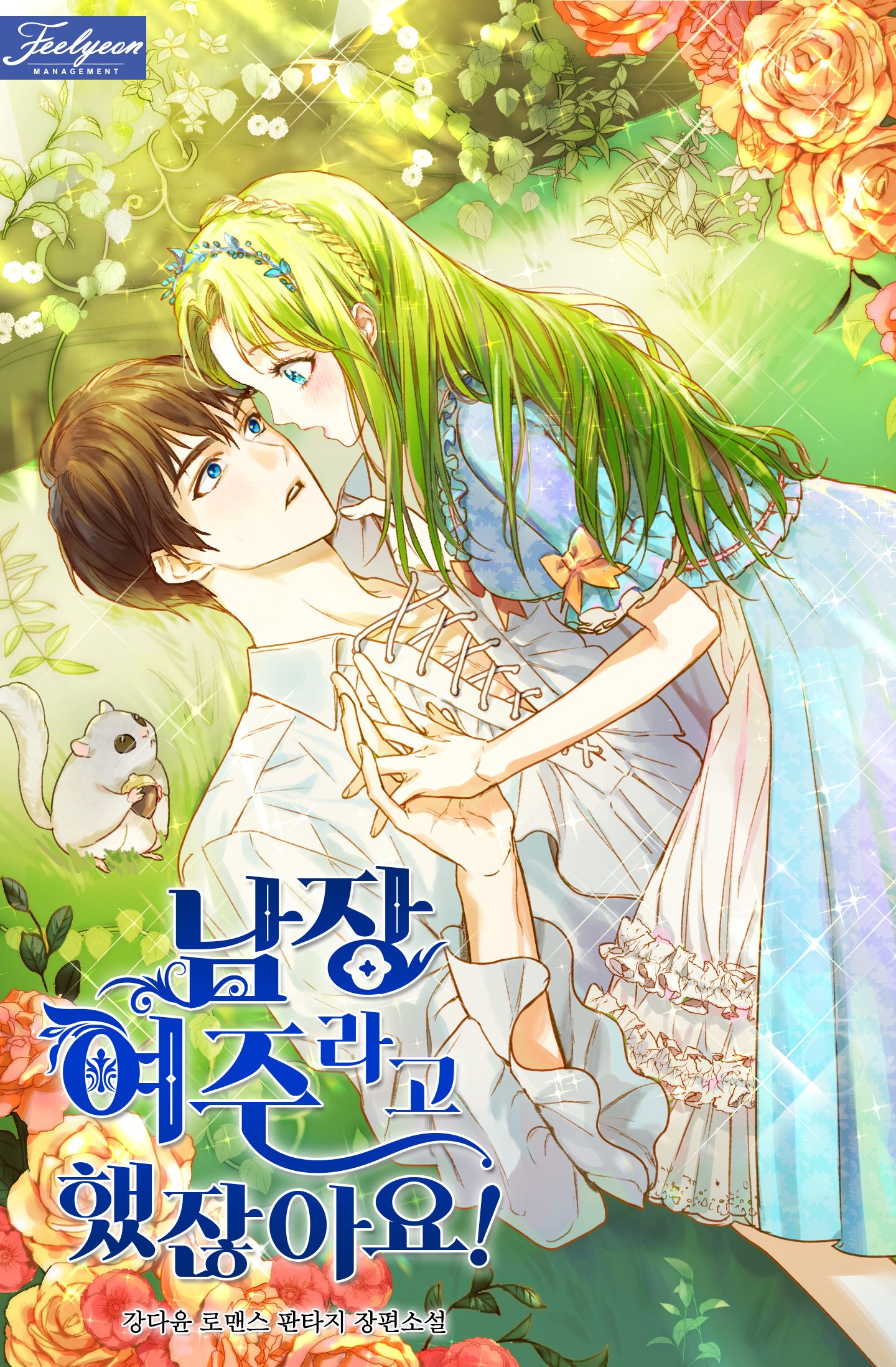 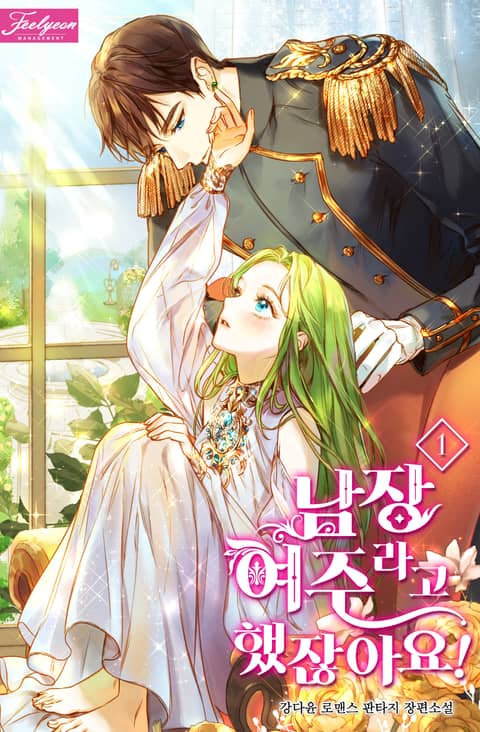 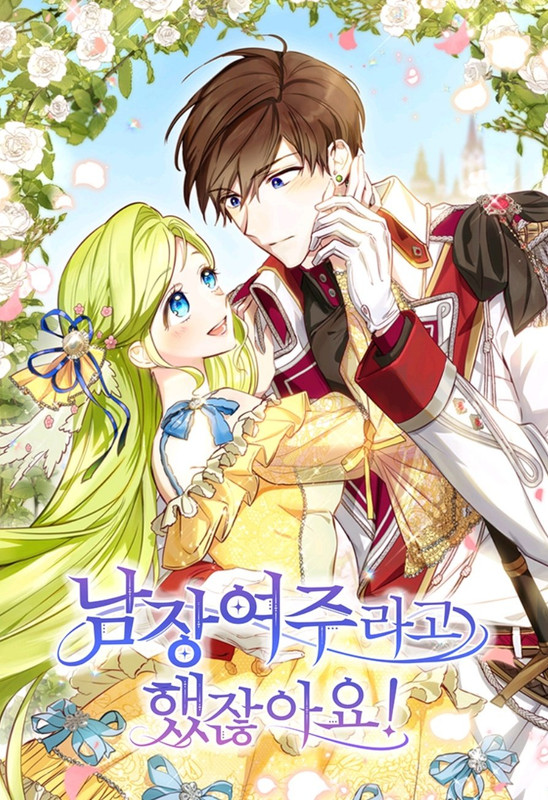 Q. The person who appeared in front of me is the original woman disguised as a man! Instead of my twin brother who died in an accident. So what’s my role? Now what should I do?
A. Let’s go out and sell ourselves, don’t twist it, let it flow. The right time will come.
… In my own way, I entrusted myself to the flow.
Suddenly, she became the fiancee of the original female protagonist.
Until now, I only believed that he was the most sophisticated male costume ever, but he was really a man?
It’s also so perfect up and down!
I didn’t even want to know that.
Alas, it’s ruined!

“At first, I thought it was really good to be friends.”
Dry saliva ran down Aine’s throat.
‘Something…Wrong.’
I’ve seen a lot of novels that change in the middle, but this is the first novel in which the protagonist’s gender has changed.
No, was this original right from the start?
“Even though I knew for sure that the princess didn’t even see me as a man in the first place.”
Aine’s heart seemed to explode every time at his attitude of going straight, just going straight after his identity was discovered.
“Anyway, I have a heart for a princess.”
It was the greed to have for the first time in my life other than a sword. Contrary to the promise of waiting, Tego did not hide his bright blue eyes.

Return to Earth to be a God

A Trivial Extra in a Dating Sim, Aren't You Supposedly a Woman Disguised as a Man?!, Ashtarte, Circumstances of Switching Bodies, Comics book, Divorce Me, Divorce Me Husband!, Elizabeth, Even Though I’m the Villainess, Fantasy, Finding Camellia, Flower Is Not Full, Grand Duke, Hotmanga, How to Clear a Dating Sim as a Side Character, Hua Kai Wei Man, Husband!, I Am Not Healthy, I Didn't Mean to Seduce the Male Lead, I didn't save you to propose, I Have No Health, I Only Came to Find my Dad, I Realized Only After Losing Her, I Tamed the Crazy Marquis, I Told You I Was a Man Disguised as a Woman!, I Told You I Was a Man Dressed as a Woman!, I told you to dress up as a mistress!, I Went On Strike Because It Was A Time Limit, I'm a Princess?, I’ll Be The Matriarch In This Life, I’m the Main Character’s Child, Idiot Abella, If You Remove the Kind Protagonist’s Mask, If You Take Off the Mask of a Sweet Male Lead, Ilhgo Naseoya Ggaedar'assda, It all starts with playing game seriously, It’s My Destiny To Be The Hero’s Saviour, Manga Hot, manga new, Manga Trending, Manganew, Manhwa-s2manga, Marronnier Farm Near By The Imperial Palace, Only Realized After Losing You, Please Be Patient, Princess’s Doll Shop, ROYAL MARRIAGE, s2manga, s2manga-Trending, Second Life of a Trash Princess, She's a Nerd's Sister, She's the Sister of a Maniac, Starting from Today, Starting from Today I'm a Princess?, Sword Sheath’s Child, The Half-Open Flower, The Kind Older Sister Is No More, The Older Sister of a Maniac, The Princess' Doll Shop, The Reason Why Ophelia Can’t Get Away From The Duke, The Villainess is Worshipped, The Villainess Is Worshipped by the Family, The Villainess Is Worshipped By The Mafia?, There Were Times When I Wished You Were Dead, This Wish Is Cancelled, To Hell With Being A Saint I’m A Doctor, Trending-s2manga, TVNT, Under the Oak Tree, Weren't you a Male Female Lead?!, Why Ophelia Can't Leave the Duke's Family, Why She Lives as a Villainess, Will Take Responsibility for the Welfare of the Male Lead, You are Mannai's sister, 남장여주라고 했잖아요!, 남주의 복지를 책임지겠습니다, 남편님!, 니웨 작가님 / Hampig 작가님, 단청, 라지에르의 서, 레이디 스칼렛, 레이지피스, 로열 메리지, 망나니의 누님이시다, 몸이 바뀌는 사정, 미연시게임 속 하찮은 엑스트라, 미친 후작을 길들이고 말았다, 백치 아벨라, 상냥한 남자주인공의 가면을 벗기면, 솔티, 아빠만 찾으려고 했는데, 아슈타르테, 악녀는 패밀리의 숭배를 받고, 오늘부터 황녀?!, 오필리어가 공작가를 벗어나지 못하는 이유, 이 소원을 취소, 이혼해주세요, 잃고 나서야 깨달았다, 주인공들의 아이로 태어났다, 주인공의 구원자가 될 운명입니다, 착한 언니는 없다, 참아주세요, 청혼하라고 구해준 건 아니었는데, 칼집의 아이, 황녀님의 인형가게