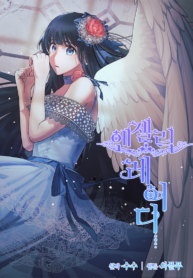 You are reading Comic Book Angelic Lady at S2manga

Angela was my friend. I wanted to give anything to her, who I thought more precious than my own family. And I eventually turned Angela, a lowly aristocrat from the countryside, into the flower of the capital society. But it was betrayal that came back. She sold me and my family to become an imperial princess.

“…did you have to go this far?”
“Because I wanted you to be unhappy. I wanted to take your whole life away.”

But when I thought I had died under the guillotine, I was surprisingly back in the past.

“Oh, hello. My name is Angela Vito…”
“You’re Angela! Nice to meet you. Everyone was waiting for you.”

With a bright smile, I held her hands together again.

Today the Villainess has Fun Again

Give the Harem to the Villainess