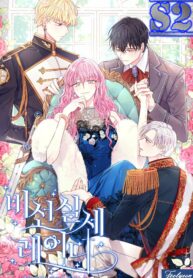 I was the only younger sister of the female protagonist in the reverse harem novel.
In addition, I was exceptionally pampered by the female lead after waking up after being very sick.
I used that to defeat the original inexcusable tr*sh male leads who only hurt my sister…
‘Lili, how are you? Do you like cake?’
‘Lili is really pretty because she resembles her sister. Won’t you eat cookies? Please tell your sister that these were given to you by your wonderful brother.’
‘Would you like to eat this and go over there for a while? I have something to say to your uncle and sister.’
For some reason, the male lead candidates seem anxious to see me.
***
“I don’t play with ugly kids.”
The boy in front of me muttered with a deep frown.
What? Did you really just say that?
I’ll show you what the real world is like.
I gently pulled the hem of my sister’s clothes and shook my head.
“I hate him, so I hate the older brother who brought him.”
At the same time, Cedric’s face turned pale, similar to someone who had been sentenced to death.