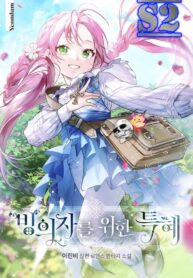 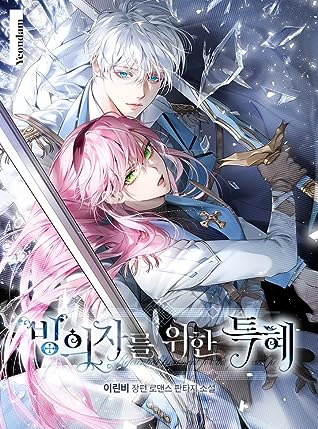 It’s the era of Transmigration.

I wanted to possess a body of a rich young lady in a Rofan childcare novel, and live while receiving lots of love.

No. 1 in frustrating the reader!

I possessed someone inside an infinite return novel called: Return Until the World is Saved.

Forget being a young lady from a prominent family, I will soon be ruined because the survival difficulty of the original work is S-Class.

I became an extra. Ellet, the young daughter of a servant in the Count’s manor.

We are poor, but it’s a happy life between a kind brother and a good father.

I’ve got a best friend I’ve never made before because I was always busy.

Even the gods of the Transmigration Management Bureau are openly fond of me.

On top of that, I accidentally bought the ‘After-Life Insurance’ full package just before my death.

I leveled up with the high-speed growth buff, and diligently destroyed the original plot.

Thanks to plenty of special privileges, I came to give satisfaction for all the frustrated readers of the original work.

“You wiped your face with your dirty hands.”

“Don’t be surprised. It’s because I have an obligation to be kind.”

And then, there’s the protagonist who is still nothing more than a handsome push over, Thesilid.

‘Why is he being this crafty with me?’

This Is An Obvious Fraudulent Marriage

The Wicked Girl Is Arriving Tonight

Why Are You Doing This, Duke?

Grace of the Crown Prince

A Spirit’s Special Treatment, A Transmigrator’s Privilege, A Trivial Extra in a Dating Sim, Circumstances of Switching Bodies, Comics book, Divorce Me, Divorce Me Husband!, Elizabeth, Even Though I’m the Villainess, Fantasy, Finding Camellia, Flower Is Not Full, Grand Duke, Hotmanga, How to Clear a Dating Sim as a Side Character, Hua Kai Wei Man, Husband!, I Am Not Healthy, I Didn't Mean to Seduce the Male Lead, I Have No Health, I Only Came to Find my Dad, I Tamed the Crazy Marquis, I'm a Princess?, I’ll Be The Matriarch In This Life, Idiot Abella, It all starts with playing game seriously, Let Me Fall Be Brilliant, Let My Downfall Be Glorious, Let My Fall Be Brilliant, Manga Hot, manga new, Manga Trending, Manganew, Manhwa-s2manga, May My Fall Be Brilliant, My Dazzling Downfal, Please Be Patient, Princess’s Doll Shop, s2manga, s2manga-Trending, So That My Downfall Will Be Glorious, Starting from Today, Starting from Today I'm a Princess?, Sword Sheath’s Child, The Half-Open Flower, The Princess' Doll Shop, The Reason Why Ophelia Can’t Get Away From The Duke, There Were Times When I Wished You Were Dead, This Wish Is Cancelled, Trending-s2manga, TVNT, Under the Oak Tree, Why Ophelia Can't Leave the Duke's Family, Why She Lives as a Villainess, Will Take Responsibility for the Welfare of the Male Lead, 나의 추락이 찬란하도록, 남주의 복지를 책임지겠습니다, 남편님!, 니웨 작가님 / Hampig 작가님, 단청, 라지에르의 서, 레이디 스칼렛, 레이지피스, 몸이 바뀌는 사정, 미연시게임 속 하찮은 엑스트라, 미친 후작을 길들이고 말았다, 백치 아벨라, 빙의자를 위한 특혜, 솔티, 아빠만 찾으려고 했는데, 오늘부터 황녀?!, 오필리어가 공작가를 벗어나지 못하는 이유, 이 소원을 취소, 이혼해주세요, 참아주세요, 칼집의 아이, 황녀님의 인형가게