NEW A Red Knight Does Not Blindly Follow Money 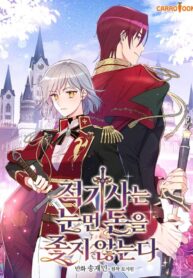 The Imperial Knight Judith was once a scumbag that would do anything for money. She lived as a slave to money as a dog of the imperial family and a tool of the chief. Under the guise of destitution, she abandoned her guilt. But what was at the end was betrayal and death. However, when she opened her eyes, she went back to being a new knight after six years? ‘I’m not going to be a swordsman for money anymore!’ In front of Judith, who is determined to live a different life than before, the commander of the Red Knights and scouts appears… “I assure you that you will be treated fairly. Why don’t you join the Red Knights?” Judith decided not to pursue money blindly as a Red Knight, abandoning her past of being a Black Knight. Can she live this life without regret?

I Became the Ugly Lady

A Red Knight Does Not Blindly Follow Money, A Symbiotic Relationship Between A Rabbit And A Black Panther, Drama, Even Though I’m the Villainess, Fantasy, Hotmanga, I’ll Be The Matriarch In This Life, I’ll Become the Heroine!, Lady Cindrella, Manga, Manga Hot, manga new, Manga Trending, Manganew, Manhua, Manhwa, s2manga, The Villainous Princess Wants to Live in a Cookie House, Under the Oak Tree, Webtoons, Why She Lives as a Villainess, 적기사는 눈먼 돈을 좇지 않는다