NEW The princess is evil 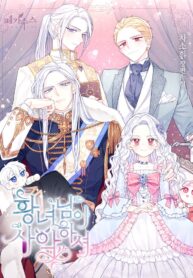 The princess is evil

I’m a witch that’s over 300 years old, but I died at the hands of a human I’d trusted. I thought I’d be stuck in the spiritual world forever, but I reincarnated as theprincess of a violent and bloody imperial family, where siblings would murder each other for the throne. Honestly, at this rate, I should just become the next emperor. I’ll conquer the entire continent and attain my sweet revenge on Lacuz. And so, I turned to evil and wicked ways, as befitting my role as a witch. “You. Become my vassal.” I even won over the princes with my overwhelming strength. So I thought that everyone would fear me, but… “I picked this up for you. You can decide to eat it or throw it away.” “Can’t you touch me just once? If I tell others that you stroked my head, they would be so jealous.” …What the hell? What’s going on with them? Wasn’t this imperial family full of violence and murder? Shouldn’t they be trying to kill me? “Keep doing it more. You’re so cute.” “You’re cute no matter what you do, so do whatever you want.” “You’d be cute even if you killed someone…” The whole lot of them must have gone insane. They’re all showing such unconditional love and affection towards me. “What do you think of a man 200 years younger than you?” To make things worse, the head mage of the magic tower, a complete oddball, is now clinging to me. …Will I be able to sit on the throne?