NEW The Peach of June 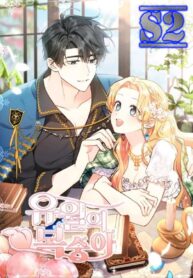 The Peach of June

Leah has been dreaming of a happy marriage. She has had two tries at her luck, but both times the engagements ended. When she got engaged for the third time she was determined that this time it was going to last. Even though she is determined, she keeps seeing a man called Julien with whom she got familiar prior to her engagement. Julien’s proposal, combined with his kind personality and handsome face, made her swoon and she agreed to marry him.

After their wedding, she was enjoying her honeymoon in Julien’s estate, where she discovers traces of herself that she didn’t know he had. She enters Julien’s secret room that he had been hiding from her…

I Failed to Divorce My Husband

The Duke’s Daughter is Going on Strike