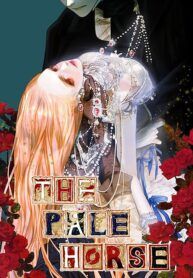 In a French town wracked by fear, Rose Dupre is bullied as a witch’s daughter. Marie and Pierre don’t believe such rumors at first. But when a wave of strange deaths sweeps in, the three children are no longer safe from wary eyes. Can Rose survive the curse of magic and suspicion? An expansive yet colorful gothic tale begins.
Source of collecting images:

Love Is Full of Thorns

I Don’t Want a Harem!

The Blood Princess And The Knight